Earlier on this year some noteworthy facts were reported by Gov.uk [i] which gave a great insight into the views of the UK regarding apprenticeships. Many businesses across the UK take on apprentices and Hanbury-Autogil is one of them.
It has been reported that between the 2016-2017 academic year, 491,300 apprenticeships started. Just under 25% of these were of people aged under 19.

Today, Hanbury-Autogil has 3 apprentices and 1 newly qualified staff member who were once apprentices. In terms of their areas of work, there is a variety as well as in age and the desire to carry on with this culture remains.

Billy, who is currently our youngest apprentice at 16 had this to say:
“It has been a great opportunity to work for Hanbury-Autogil, learning new skills whilst producing machine parts that I then get to see being fitted in different sections of machines”

Jake, one of our electrical engineers who used to be an apprentice said this about his experience:
“I have always been more of a hands-on person so being able to do just that during my apprenticeship made it really enjoyable. Since I joined Hanbury-Autogil, I have learned a great deal and the training I have received, and continue to receive has been insightful and greatly rewarding.”

Jordan started working with CNC machines a few years ago.
However, he is now our Junior Design Engineer and commented:
“As an apprentice, I was able to get involved in different areas of work within the company – This allowed me to find out what I enjoyed doing. It also allowed me to develop my employability skills outside of the conventional route of education”.

Jordan has been directly involved in the design of flat-bed die-cutters as well as other machinery which he has found enjoyable and challenging.

It has been identified that many talented individuals who have come through our apprenticeship scheme who now have engineering as a career, would not have come through the traditional academic route.
Consequently, this re-enforces the belief that different learning styles exist. Therefore, it is greatly rewarding to be able to offer a platform for these individuals that facilitates not just an occupation but a career.

The importance of apprentices has clearly been identified by AECOM – a multinational engineering firm with over 87,500 staff and a revenue of $17.4 billion in 2016.
Furthermore, AECOM has increased the recruitment of apprentices this year and will do the same next year (ii).

There have been many changes in our socioeconomic sphere and more may change over the next two years.
However, in terms of the mentality regarding apprentice at Hanbury-Autogil, there are no signs of changing.

Hanbury-Autogil is a Devon based engineering company – manufacturers of sheeters, flat-bed die cutters and laser cutting systems.
The company has its own Machine Shop manufacturing precision engineered parts to serve in a range of industries.
Local production for a global market. 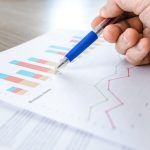 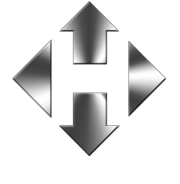